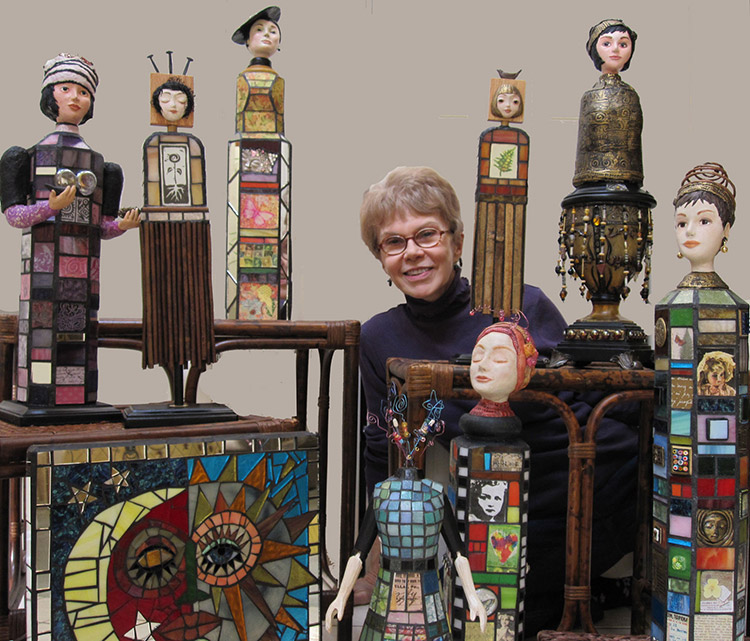 Judy Jordan is a graduate of Corcoran College of Art and Design where she received the Award for Outstanding Work upon graduation. She has shown work in Maryland, Virginia, Washington, DC and New York. She has worked in Exhibits Graphics at the Smithsonian Institution, owned a fine crafts store, designed and marketed a line of jewelry, and worked as a Visiting Artist Consultant at the Providence Art Center in Maryland. She has professional memberships in Sowebo Arts and the Society of American Mosaic Artists (SAMA).She lives in Annapolis, Maryland with her husband Derek.